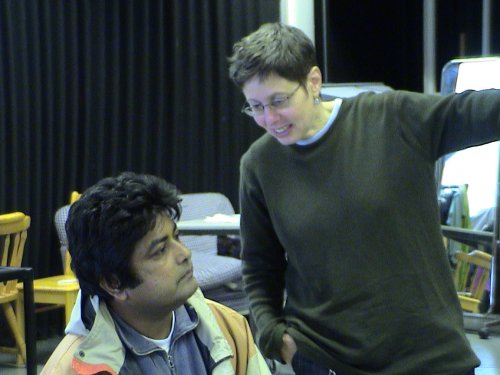 CORAL HOUTMAN is a fiction filmmaker presently employed at the University of South Wales as Senior Lecturer in Film and Video.  Born and bred in London, she started off as a film projectionist for the BBC and subsequently worked for fifteen years in various roles in the film industry, writing and directing films, and eventually becoming an editor of documentary and fiction. Coral studied film at the University of Kent, the University of Bristol and is a directing graduate at the National Film and Television School where she directed  Augustine, a forty minute costume drama which won the award for Best Film 1995 at the Houston International Film Festival (an award previously won by Martin Scorsese).  She has a Ph.D in Thriller Adaptations (University of Kent, 2001) and enjoys teaching and interacting with her students, playing the piano in public and, obviously, making films.