The installation was first programmed by Adam Martin at the University of South Wales. He developed a system running from 5 Apple Mac minis and with a further Mac mini running the control program derived from the open source package Multiscreener (see here).  He was aided by a student on the BA (Multimedia) course who worked on the project and published this blog showing their development and testing of the multiscreen design.

At the Riverfront installation, the arrangement was further programmed by Adam using the Processing development environment to include the interactive choice screen, a resynching mechanism, and material which ran between the end of one screening and the beginning of the next, as a multi-screen saver and timer. Here are some pictures of this setup:

After this public showing (see installation page for photos of the Riverfront arrangements), where we used university projectors linked to the mac minis, and a separate amplifier and speakers hired externally, Nick Pollock decided to make the installation more portable and cheaper to mount. He therefore redesigned the software to run on Raspberry Pi computers, and to use consumer sound equipment. The system was demonstrated at the Project Raspberry Pi ‘Lockin’, at the Sony UK Technology Centre based in Pencoed in February 2014 in a workshop organised by the University of South Wales. 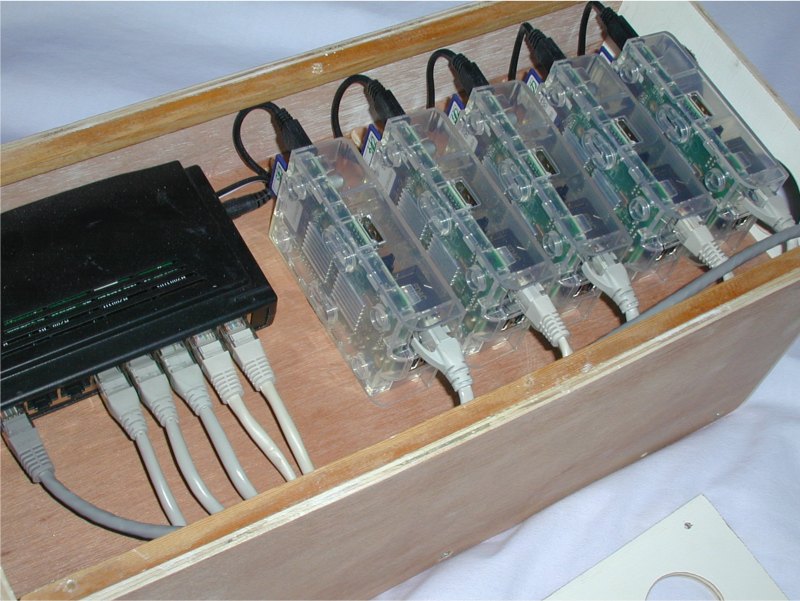